As 2018 draws to a close, here is my reflection on the past year. 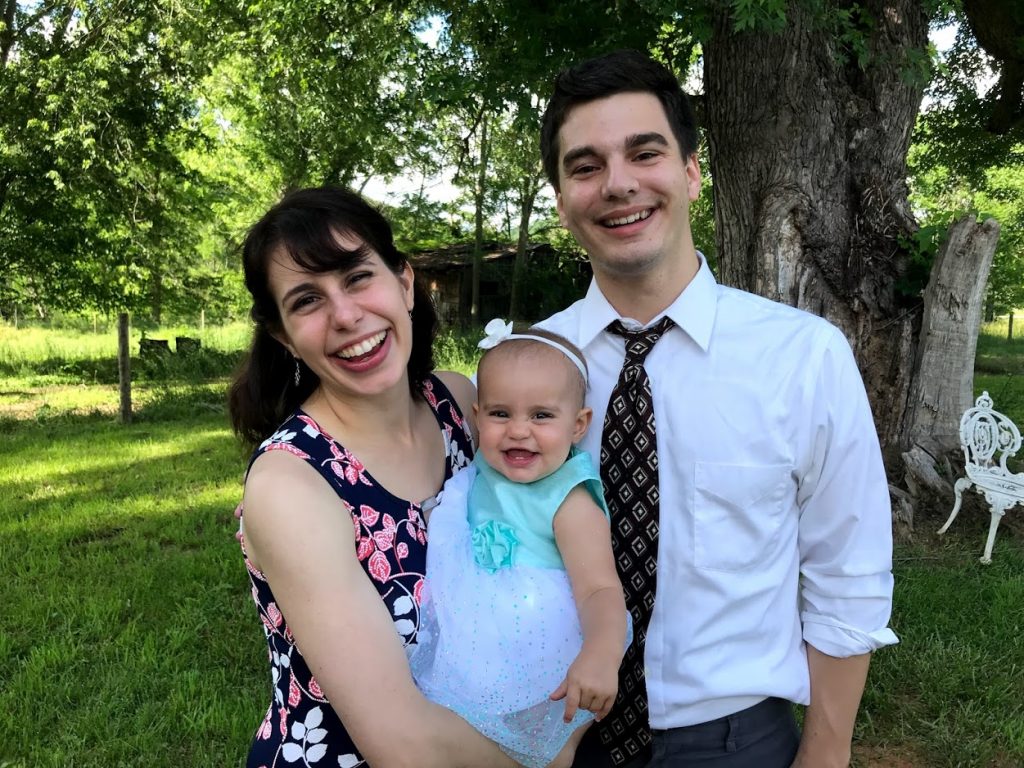 My daughter began 2018 as a 6-month-old, and is now nearly a year and a half old. Helping her grow and thrive has been a deeply transformative experience. I will forever cherish both the major milestones and the many little moments we spent together this year.

It’s only been 18 months, but being a father has already been among the greatest joys of my life.

2018 also witnessed Katy and I celebrating our sixth wedding anniversary and the 13-year mark of our first high school romance. We continue to grow closer, deeper in love, and more intuitive of each other. I’ve been blessed with an amazing life partner and best friend. Here’s to many more.

I shared many memories with other members of my family: I flew to Colorado to visit my brother in Catholic seminary, attended a brother-in-law’s wedding, joined a family reunion, and enjoyed having both my family and my wife’s family within a 20-minute drive.

Special love goes to my mother-in-law Jane who watches our daughter at our house four days a week while Katy and I work. We’re blessed our daughter will have a special relationship with her grandmother. 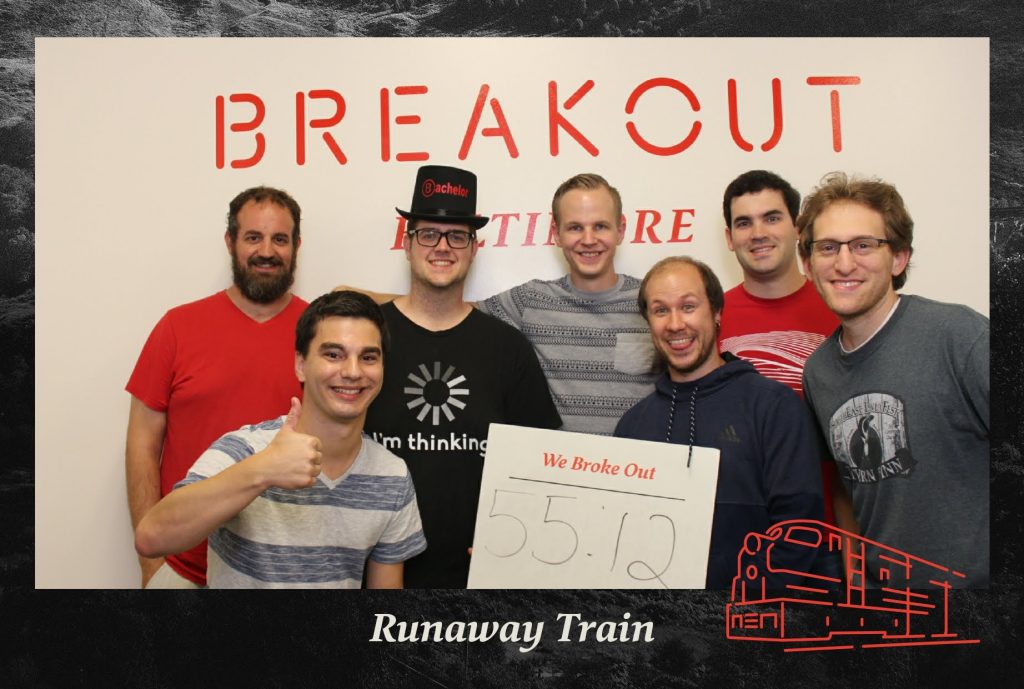 One downside of raising a toddler is that it inevitably erodes away at your other pastimes. For me, this meant a lot fewer outings and game nights with close friends.

While I celebrated many highlights — including serving as a groomsman for one of my best friends, Stephen, and hosting a 30th birthday party — there are also many people who I didn’t see as often as I wanted to.

One of my goals for 2019 is to more routinely and proactively schedule time with friends. 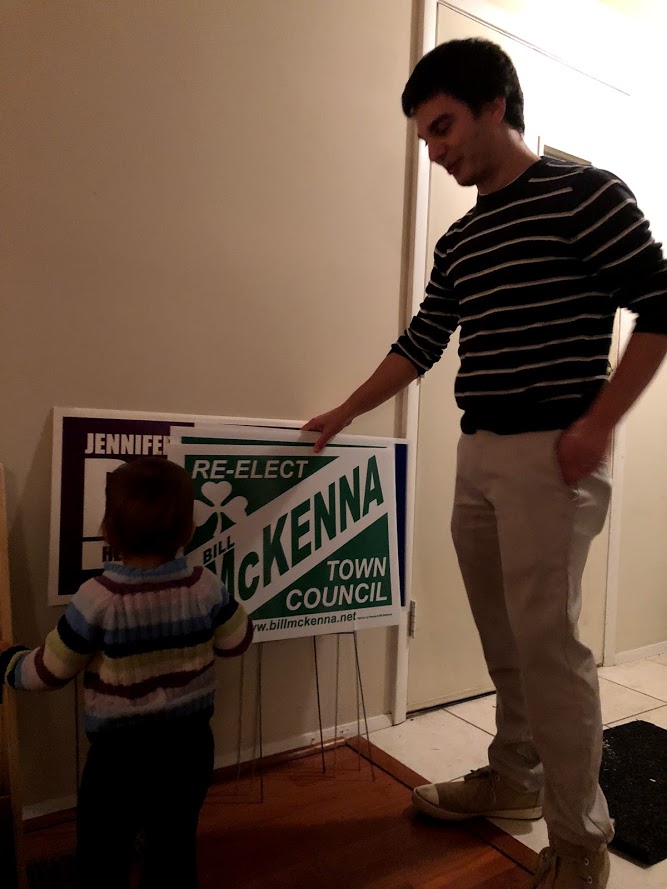 One of my big changes in 2018 was taking a more active role in the community.

Inspired by the thought of creating a better neighborhood and hometown for my daughter, I began participating in neighborhood leadership and local politics.

In September, I volunteered to be my HOA’s secretary. In October and November, I researched and wrote a blog post about the Herndon Town Council election. I also campaigned for the candidates whose policies and leadership approaches I endorsed.

As a bonus, I met a lot of great people around town!

In 2019, I plan to keep increasing my involvement in the community.

In November, I completed my second year working for technology consultancy Excella.

Although my skills growth wasn’t quite as explosive as 2017 (my first year as a full-time software engineer), I still learned and contributed quite a bit. I continue to improve my .NET full stack development skills while working on a productive, agile team.

Two major milestones came early in the year: I was promoted to Senior Consultant and selected to speak at a coding conference. Unfortunately, the event was postponed due to weather, and I couldn’t make the new date.

Perhaps the most exciting and stressful time at work this year was the first four months when I served as “scrum master” — a team leader and problem-solver. Later in the year, I took on some technical ownership of my project and overhauled the team’s onboarding and documentation.

Despite these accomplishments, I’m a bit disappointed with my professional development in 2018: Though I’m proud of what I did while in the office, I had difficulty finding time to teach myself new skills during off hours. I suppose it’s another casualty of time spent caring for a toddler, but I’d like to do better next year.

On the fun side, I continued to run an office book club, and I hosted a team game of Diplomacy. (I won.) 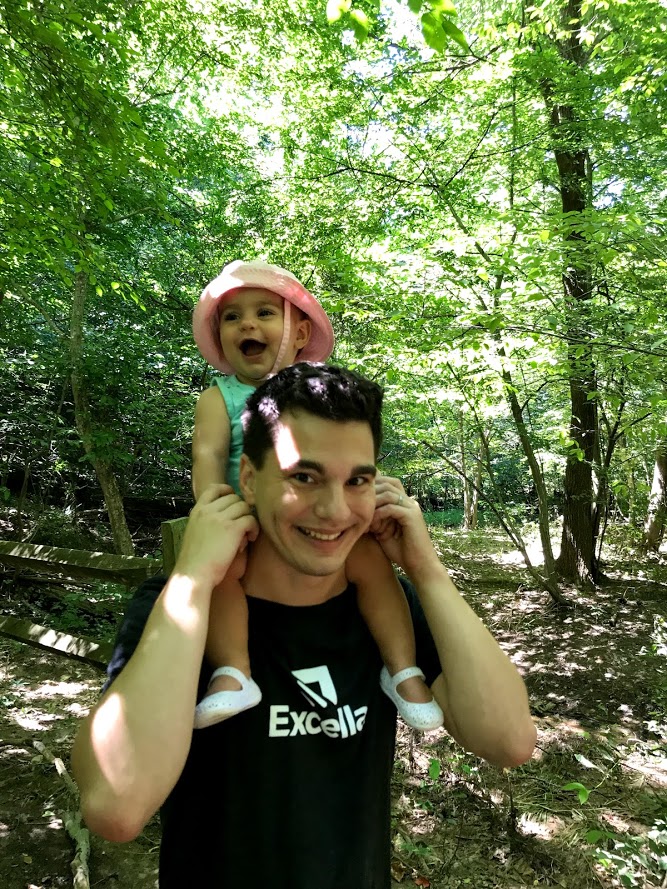 Other than numerous day trips, my travel highlights were fairly sparse in 2018: We attended a brother-in-law’s wedding in southwest Virginia. I flew to see my seminarian brother in Colorado Springs. I joined a weekend family reunion in Massanutten. And I spent a week at a lake house on the Chesapeake Bay with extended family. 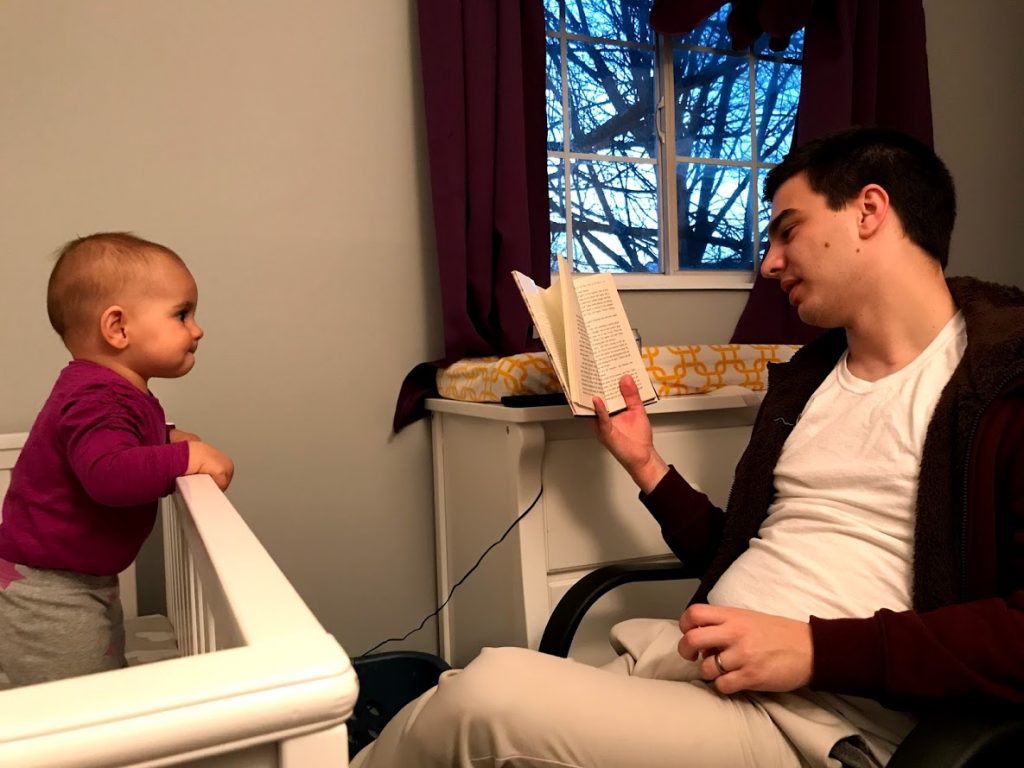 Anyone who has known me for awhile knows how much I value creating things and undertaking personal projects. This year was a bit of mixed bag: I made progress on several efforts but didn’t come close to finishing most of them.

First was a series of music reviews for my long-running pop culture blog Earn This: I aimed to publish 365 song reviews in 2018, a target I knew was lofty and implausible. I made it to about 150. Not bad, but still disappointing to not hit the finish line.

Second were some goals to create things for my daughter. I wanted to create two games and write her a set of stories. I created one game for her (identifying and grouping pictures of family members) and wrote some of the stories, but didn’t finish.

Third, I wanted to write my brother Brad a hundred times while he was on his year-long retreat (intending most of the letters to be short, quick notes). I made it about half way to 100, though we did have some memorable exchanges.

My major creative effort of 2017 — designing and refining a board game tentatively titled Hero Legacy — was on hiatus during most of 2018 as I lost steam and inspiration.

Now that I have a full appreciation of my limited time and mental bandwidth as a parent, I am setting much lower creative goals for 2019. In fact, I am putting no pressure on myself to create anything: Next year, I simply want to follow my creative whims and enjoy my limited spare time.

My main resolutions for 2018, beyond some of the creative projects I’ve already described, were to improve my habits. Specifically, I wanted to drink less frequently and exercise more frequently.

I started well on these goals, and diligently logged through about June. At that point I was on track for my metrics on drinking less, and just a bit behind on exercising.

Around the middle of the year, I fell behind on logging and regressed on both goals: I still have a beer most evenings, and struggle to make time for cardio. Healthy habits continue to be an area I’d like to improve. 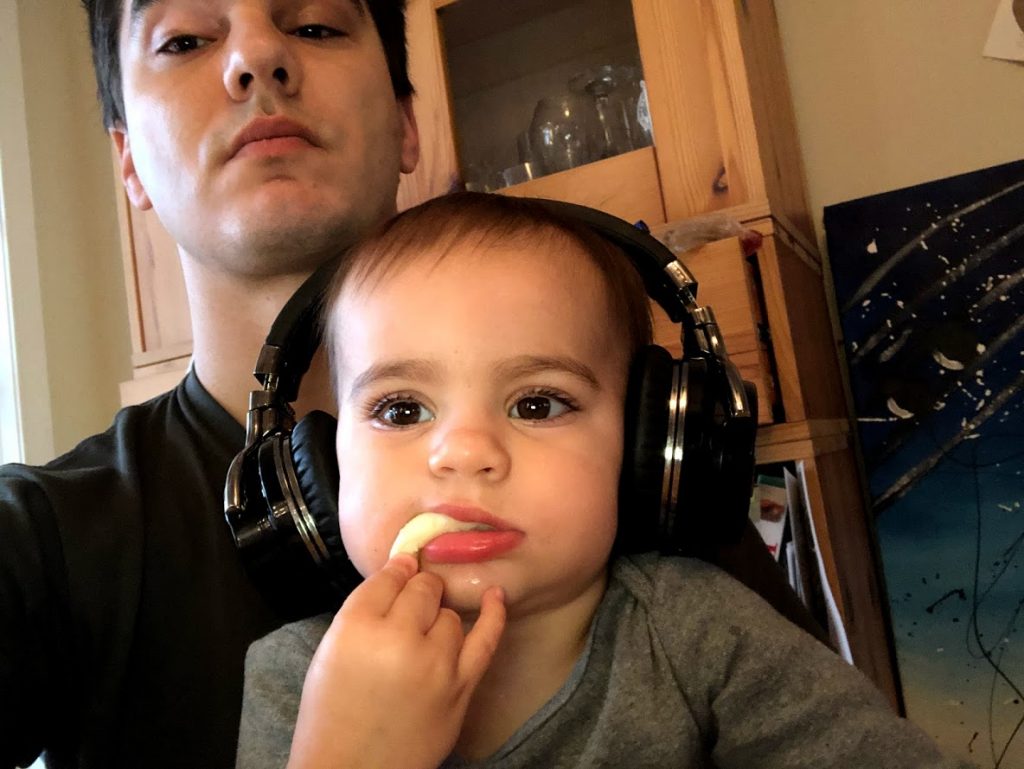 I read about 32 books in 2018, many fewer than the 63 I read in 2017. (Much of my reading and audiobook time were filled with reading news and listening to podcasts.)

The crop of books I read lacked major highlights. The only book that truly moved me was Atonement by Ian McEwan — what a lovely, heart-wrenching tale about memory and guilt and storytelling. (On the other hand, Lethal White by Robert Galbraith/JK Rowling was the most fun I had.)

I also read a lot of nonfiction — mostly about childhood development. None inspired me as much as last year’s favorite Brain Rules for Baby by John Medina (I did read and love his other Brain Rules books this year).

I saw almost no movies in 2018 — yet another casualty to parenting a toddler. My main recommendation is that Lady Bird lives up to the hype.

Television is another story: Katy and I have a routine of watching an episode of TV to wind down before bed. We powered through several dramas this year. My second-favorite show we watched is The Americans, a brilliant, slow-burn spy drama with incredible payoff in its later seasons.

My favorite show we watched is The Leftovers on HBO from 2014-17. The show depicts the aftermath of a rapture-like event where 2% of the world’s population suddenly vanishes. It’s very dark and not for everyone, but I adored its incredible, unpredictable drama.

My musical highlight of 2018 was completing a course on the history and appreciation of opera via The Great Courses. Professor Robert Greenberg is an absolute treasure.

I listened to many podcasts in 2018, but the highlight was The Anthropocene Reviewed by John Green — narrated mini-essays about facets of human life. Evocative yet concise (each episode is two 10-minute essays), Anthropocene Reviewed is a marvelous (often funny) meditation on modern life, and my favorite podcast ever. Listen. 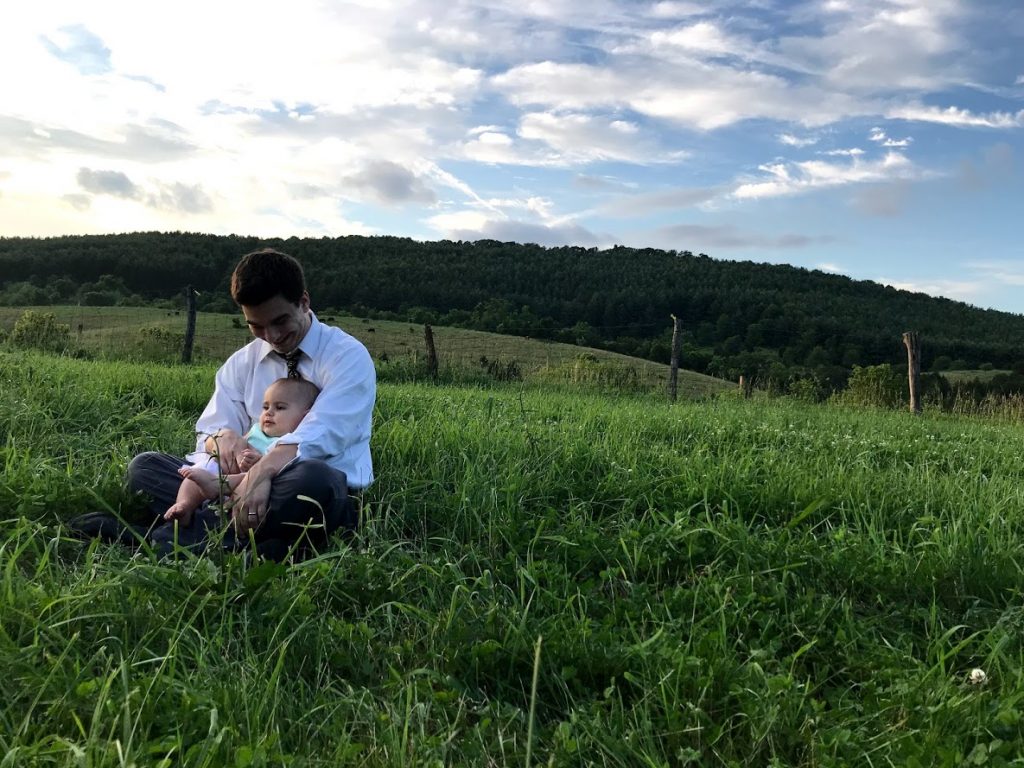 In 2019, I am avoiding prescriptive resolutions. I simply want to re-engage on my core values: spend time with friends and family, create, read, participate in the community, cultivate healthy behavior. If I can honestly say I did all these things when 2020 rolls around, I’ll be content.

One specific theme I’d like to focus on is reconnecting with friends who I’ve seen less since my daughter was born.  In other words, I’d love to spend more time with you. Let’s make it happen.

Thanks for reading, and Happy New Year!!